Horror is undeniably one of the most creative and fascinating movie genres. People who write horror movies take a lot of time to include all the required elements to make the films as entertaining as possible. As they do so, they have to consider the horror sub-genres they desire to create. These include the following. 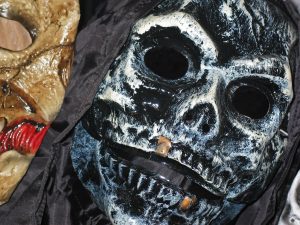 Slasher movies are also referred to as killer films. They are pretty common today. Most of them feature serial killers or psychopaths , who have tools such as knives, axes, machetes and hooks to torture and kill their victims. More often than not, a slasher film is combined with crime and thriller horror.

Examples of slasher horror films include Scream, Child’s Play and The Hills Have Eyes 2.

In this sub-genre, you will find things such as ghosts, spirits and demons. Most of them come with the element of religion. Some of the best paranormal horrors to watch include Carrie – based on Stephen King’s book of the same name – The Conjuring, The Shining and The Exorcist.

If you enjoy supernatural horrors but also get incredibly scared when watching them, try inviting a friend over for a movie night.